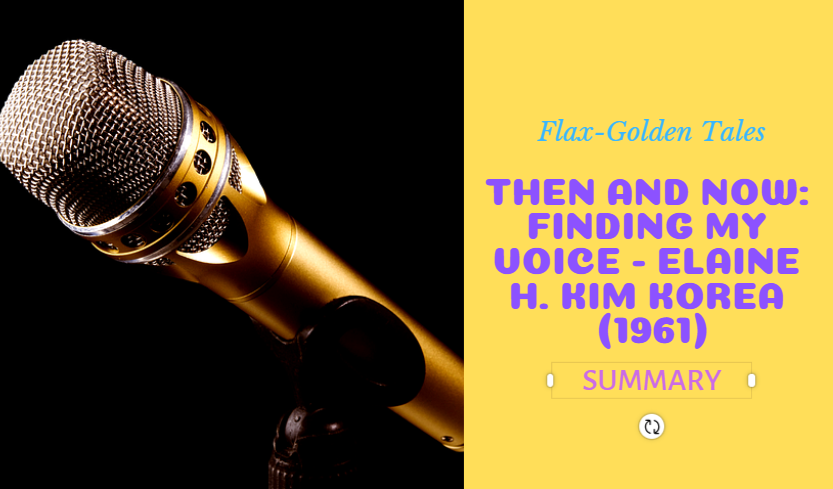 Then and Now: Finding My Voice – Summary | Flax-Golden Tales

Q. Summarize the essay “Then and Now: Finding My voice”.

Ans: Elaine H. Kim loved all kinds of fortune telling. Once the Korean community center in Oakland sponsored a fund-raising party. Some fortune tellers were also there. She asked one of the fortune tellers to tell her fortune. He said that whatever shaped her goals and ideas happened to her between the ages of 12 and 17.

But she said that it was all wrong because that period was the unhappiest and most difficult period in her life. During and after the Korean war, her house in Maryland (a state in the USA) was filled with Korean refugees. The other challenge she faced between the ages of twelve and seventeen was the disjuncture (a lack of union or separation) between the people and culture inside and outside her house. People inside her house spoke Korean ate Korean food and talked about what was going on in Korea.

Three million Korean people had been killed in the Korean War. At outside her house, no one knew much about Korea neither they were interested in. Most people who had heard about Korea though that it was a state in Japan of China. Her father told that the marathon runner had won a gold medal in 1936 Olympics. But no one at her school had ever heard of such things. Instead, she was taught that all of the world’s great inventions and discoveries were made by Europeans and Americans.

The 1950s was a period of violence and discrimination for the Blacks in America. African Americans are forced to live in segregated neighborhoods. They were harassed by the police. The writer’s brother was beaten by white boys daily. The writer was discriminated at school. She would be scolded by her friends at school calling her “Jap” or “Chink”. The Asians, the blacks and the Jews were not welcomed in some hotels. She was not invited to white folks’ homes. Though the writer was born and raised in America, she was not treated as American. She was treated as an outsider. She was very sad due to that discrimination in America.

But such victory didn’t last long. Actually, she wanted to do something different than others. She wanted to prove that she was not an outsider. So, she read the history of US, racism, and American women’s and black’s struggle for equality and social justice. Then she thought that fortune teller might be right in his point that her life’s goals and ideas were shaped during her teenage years. Perhaps experience during teenage years played important roles to inspire and educate people against racism and sexism. 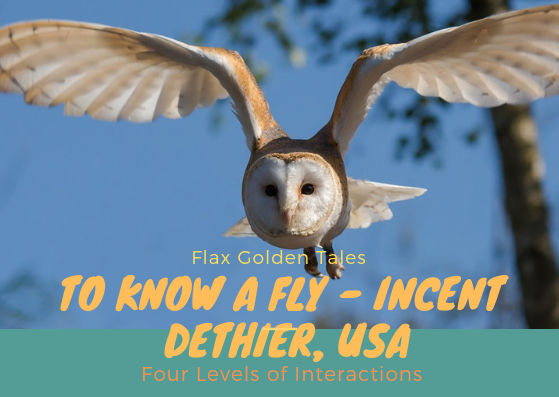