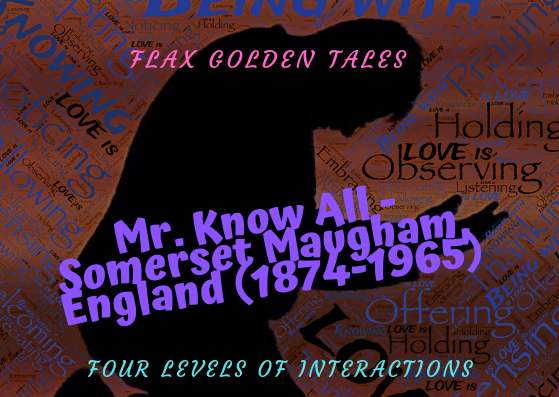 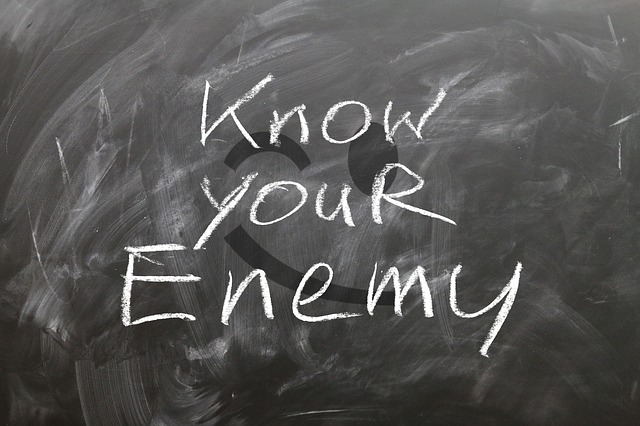 The writer was traveling from San Francisco (in Spanish) to Yokohama (in Japan). He had to travel with Max Kelada for 14 days by sitting in the same cabin as the ship. He guessed that Kelada must be a patron (supporter) of manufacturer or perfumes. Kelada, who was short, dark-skinned with liquid eyes, claimed to be an Englishman. He was chatty (talking too much). He discussed on plays, pictures, and politics. In three days, he knew everyone on board. He managed lotteries and collected money for prizes at sports. He was the most hated man on the ship. So ironically, everyone on the ship called him “Mr. Know All”.

An officer, Mr. Ramsay was also traveling with his wife in the same ship. He was an American consular service at Kobe (a city in Japan). His wife Mrs. Ramsay was a pretty woman. One evening, at dinner time, the conversation about pearl took pace. Max Kelada claimed that he knew all the best pearls in the world. He was going to Japan to look into the Japanese pearl business. He pointed to a chain that Mrs. Ramsay was wearing and told them that he could tell its worth quite correctly.

Max Kelada calculated that it might cost 15 to 30 thousand dollars. But Mr. Ramsay told that the pearl was bought paying 18 dollars only at a department store. They bet for 100 dollars. Max Kelada examined the pearl with a magnifying glass. When he was about to speak that it was real pear, he saw Mrs. Ramsay being pale with terrified eyes. So, he lost the bet knowingly to save her life. He handed a hundred dollar note to Mr. Ramsay without any word.

The defeats of Mr. Know All was spread all over in the ship and he had to tolerate many jokes. Next morning, while he was shaving, he got a hundred dollar note in an envelope sent by Mrs. Ramsay. Then the narrator knew the secret. The secret was that the chain was real pearl which Mrs. Ramsay bought in New York with the money that was given to her by her lover. But she spoke a lie and had told her husband that she bought that chain only in 18 dollars. Then the writer was positive to Mr. Know All.

The story is trying to tell us about racial discrimination between whites and blacks. Although Mr. Kelada was social, honest, helpful, he had to bear insults in the ship. The story is also trying to show that one can’t be great due to his birth, race, color and skin but due to his work and behavior. Although Mr. Kelada is black he does good work and saves conjugal life of Mr. and Mrs. Ramsay from being divorced.

Although the story is very interesting to read, there are some points in the story with which I don’t agree. Mr. Kelada is insulted in the story since he is black. Is it good to have racial discrimination? Mr. Kelada speaks lie and bears humiliation to save the conjugal life of Mr. and Mrs. Ramsay? Can we find such an ideal person in this selfish world? Alcohol was strictly prohibited in the ship. But how could Mr. Kelada take different kinds of alcohol there? We readers couldn’t understand that Mr. Kelada sacrificed himself to save the life of Mrs. Ramsay. If he was so kind, why was he hated and called Mr. Know All in the ship? Then and Now: Finding My Voice – Four Levels of Interactions | Flax Golden Tales 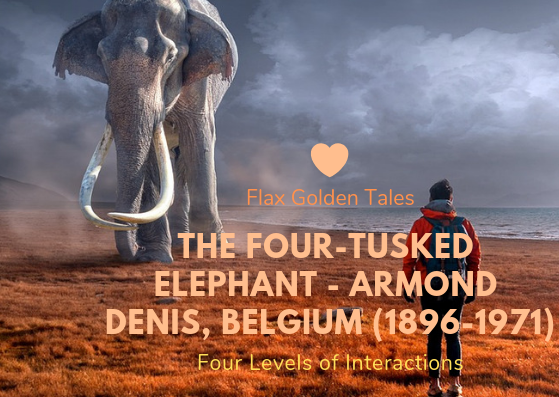