Lymphatic Filariasis (LF) is a public health problem in Nepal. Wuchereria bancrofti is the only recorded parasite in Nepal. The mosquito, Culex quinquefasciatus, an efficient vector of the disease has been recorded in all the endemic areas of the country from government of Nepal is fully committed to eliminate the disease from the country within the stipulated time. The disease is a major cause of the morbidity, primarily, lymhoedema of legs and hydrocele and impedes socio-economic development in many endemic areas of the country. The disease is prevalent in the rural and slum areas of the country, Predominantly affecting the poorer sector of the community. The LF mapping completed in 2005 by using ICT Immunochromatography card test revealed 60 out of 75 districts as endemic for lymphatic filariasis in the country. The government had initiated the implementation of Mass Drug Administration (MDA) in Parsa district in 2003. Since then the program has expanded gradually in other endemic districts as well. MDA has stopped in 5 districts (Parsa, Makawanpur, Chitwan, Nawaparasi, Rupandehi) in fiscal year 2067/68 after completion of 5 rounds of MDA.

Elimination of lymphatic filariasis from Nepal by the year 2020 by reducing the disease in population to such a level that there will be no transmission of the disease to the people living in Nepal.

Dengue, a mosquito-borne disease emerged in Nepal in the form of Dengue Fever (DF), Dengue Hemorrhagic Fever (DHF) and Dengue Shock Syndrome (DSS). The earliest cases were detected as early as 2006. The sporadic cases continued and outbreaks occurred in 2009-2010. Initially most of the reported cases had travel history to neighboring country (India), however lately indigenous cases were also reported. Dengue outbreak in 2006 had shown its face with 32 confirmed dengue cases (among the total cases identified, 94 percent were adults; male to female ratio was 4:1), and 917 cases in 2010 with major outbreak in Chitwan and Rupandehi districts. In 2010/11, different districts showed dengue endemicity as reported in previous years. The affected districts were Kanchanpur, Kailali, Banke, Bardiys, Dang, Kapilvastu, Parsa, Rupandehi, Rautahat, Sarlahi, Saptari and Jhapa, indicating spread throughout the country from west to east lying in the plain Terai region. 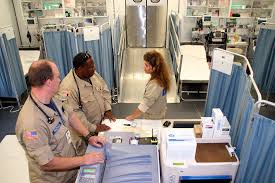